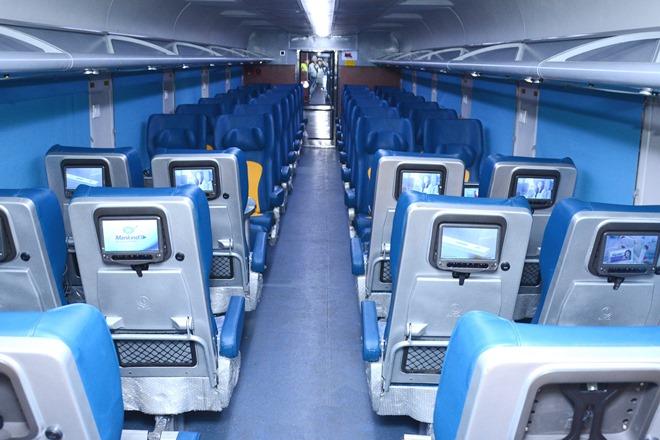 After the launch of smart trains at the Modern Coach Factory in Raebarel, Indian Railways intends to make 100 more of such trains as a pilot project.

These railway trains will be equipped with modern technologies like Artificial Intelligence to enhance the security of passengers and improve train efficiency.

The Smart Trains will have sensors that can detect defects on bearings, wheels and railway track, giving authorities constant feedback.

Early detection of these faults will enable Railways to plan maintenance in advance, and avoid accidents.

Also the train equipped with a modern infotainment system will enable customers to locate train in real time.

It will also have an Artificial Intelligence-powered CCTVs which would help officials keep a tab on untoward incidents.

According to Rajesh Agarwal, General Manager, Modern Coach Factory, the smart coach will alert authorities on maintenance, safety and security due to the presence of a black box installed in it.

He mentioned that additionally, the infotainment system will not only provide analytics-based passenger information, but also entertainment facilities like Wi-Fi, and  air conditioning.

The Central Processing Unit, known as ‘PICCU’ (Passenger Information and Coach Computing Unit), an industrial grade computer has been provided with GSM network to primarily monitor the important area of coach maintenance and passenger interface.

The passenger information system will inform passengers about the current location of the train and also the expected time of arrival at the next station.

This system can also show the speed of the train.

Arun Arora, Principal CME, Railways, said: “This is an age of the smart device. Form mobile phones to music systems, everything is smart these days. We have tried to leverage on this technology. We hope to soon install it in the Kaifiyat Express.”

CCTV with artificial intelligence capability will enhance the security of the passengers and also monitor the behaviour and activities of on board railway staff.

The coach is also provided with the emergency talk back system for communication between the passengers (especially woman and child) and the guard of the train so that necessary assistance can be provided .

According to the ministry, the pilot project is being launched to turn out a minimum 100 more smart coaches to gain experience and validate.

New Year new Gadgets? Huawei has got you covered

HUAWEI WATCH FIT; The perfect smartwatch for everyone