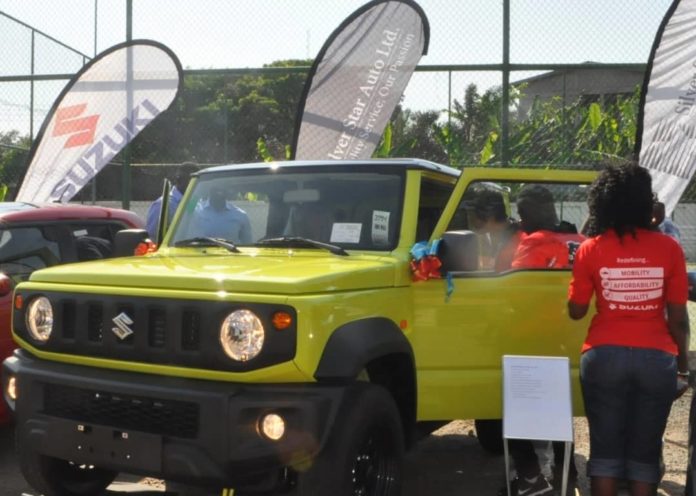 Described as incredible and outgoing in design and performance, the 2019 Suzuki Jimny debuted in the Ghanaian market over the weekend as part of the Japanese Day Celebrations; “YOSAKOI Festival”.

The “YOSAKOI Festival” is an annual event organised by the Embassy of Japan and the Japanese community in Ghana.

Chief Executive Officer of SSAL, Asad Nazir said the company was honoured to introduce the fourth generation Suzuki Jimny loaded with uncompromising features that define the Jimny as a serious off-roader, especially as the event coincides with the Japanese “YOSAKOI Festival”.

Nazir expressed his delight to join the Japanese community in the country to mark the festival being ushered with a trusted Japanese vehicle brand and model – the Suzuki Jimny.

He also commented on its strong square body that depicts its robustness and its ability to adapt to tough road situations.

Features of the vehicle include the robust ladder frame, the ALLGRIP Pro 4WD with a low-range transfer gear for maximum torque and traction on steep slopes and rough terrain and its round signature headlamps that accentuates the strong and rugged exterior even more.

Equipped with a 1.5 litre engine, the 2019 Suzuki Jimny takes you wherever you want to go with unrivalled agility, power and economy.

Present at the launch of the vehicle were top Executives of SSAL, a delegation from the Japanese Embassy led by His Excellency Tsutomu Himeno, Japanese Ambassador to Ghana, as well as representatives from Sumitomo Corporation including Tanimoto Masafumi, Shimura Mayumi and Patrick Ampadu.