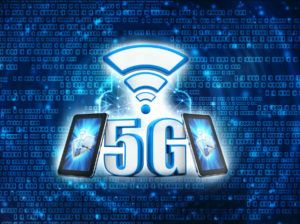 At the beginning of 2018 MTN and Ericsson announced that they have begun the first 5G technology and applications trial in Africa.

Mobile Internet usage has grown exponentially all over the world and South Africa has in turn looked to leverage faster network connectivity to accelerate digital transformation on the continent.

The fifth generation (5G) network will provide more than just faster connectivity for local businesses and consumers, as it seeks to deliver a range of benefits for mobile networks.

These include being able to carry more data traffic at greater speeds, with more reliability, while connecting a myriad of devices to the Internet.

“5G technology will meet the needs of a wide range of South African sectors through a single network that can adapt to suit demands. It will provide better overall performance than previous technologies and enable increased efficiency,” he says.

“Mobile networks have transformed from 3G to 4G/ LTE in a short period of time due to the demand of mobile data as fibre and other forms of connectivity are limited or non-existent in major parts on the African Continent,” Juggernath explained.

“It is common knowledge that people in Africa have easier access to mobile phones than clean drinking water,” he says.

He mentioned that due to the prevalence of mobile connectivity in Africa, the path to 5G is appropriately timed.

However 5G he said, will not have the same short period roll-out as 3G and 4G, but rather a gradual introduction.

According to him, 17 out of 54 African countries have already rolled-out LTE networks, and the technology infrastructure path has been paved for 5G.