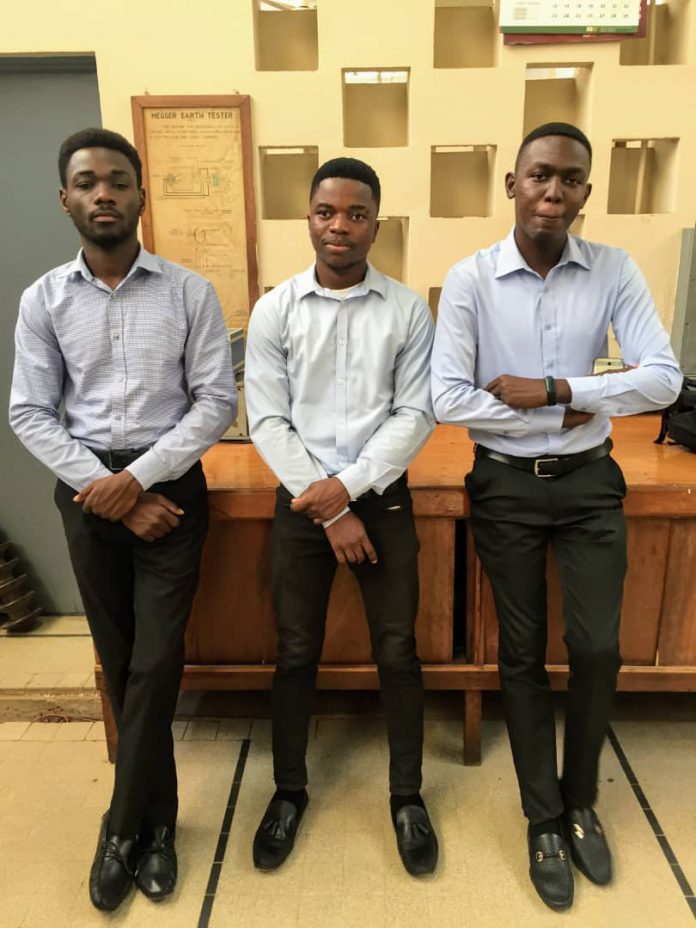 Three students from the Kwame Nkrumah University of Science and Technology have developed a device that accurately monitors and measures discrete electricity consumption in homes for energy conservation.

In a discussion with Tech Voice Africa, Kwesi Smart, mentioned that he once encountered a situation where sharing piled up bills became a problem between two companies using one meter. The situation he said, created a heated argument between the two because they didn’t know the proportion to share the bill with.

He also mentioned that there has been instances where customers have reported that their meter reads faster than usual, misinterpreting ground faults for theft hence the need for the Consumer Energy Management System (CEMS).

What the device basically does is to monitor and measure the energy consumption of households in a much more detailed and discrete form than what the PDS meters do.

With this, homeowners will have access to a detailed breakdown of the power consumption in their homes. The data can then be used to diagnose ground faults in a home, work out energy saving patterns, acquire electrical energy usage patterns of different devices based on location or size of house.

The data can also be used to accurately and fairly split the bill between consumers that use shared meters.

How Useful is It?

Powered by AI, CEMS also learns the home owner’s usage patterns of the various devices, and suggests automatic switching of the respective devices with respect to time.

For more convenience, CEMS allows one to schedule device switching to either on or off, as and when the owner pleases.

Since the goal of this project is not to temper with the existing wiring of a household this task is successfully executed by introducing newly designed sockets which look like the traditional sockets but equipped with additional functionality for effective energy management.

By making the system flexible and user-friendly, homeowners should be able to utilize the system to its full capacity without any discomfort or uneasiness.