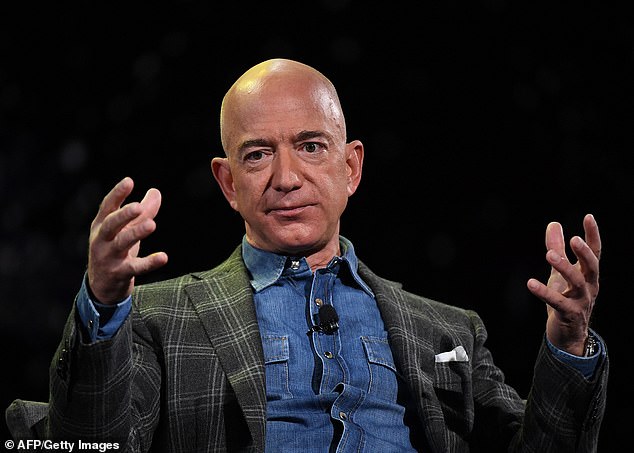 Amazon employees are in revolt over their company’s sale of services to a data mining company that works with Immigration and Customs Enforcement.

Since Monday, an internal email has been circulating at Amazon renewing calls first made in a June 2018 letter demanding Amazon drop Palantir as an Amazon Web Services customer.

‘Our demands have become even more urgent given recent news. The U.S. government has been responsible for detaining people, including young children, in concentration camps under horrific conditions,’ the email reads, according to Forbes.

In total, more than 500 Amazon employees have signed the letter addressed to CEO Jeff Bezos and AWS head Andy Jassy, according to the email.

Palantir has a $41 million contract with Homeland Security Investigations (HSI), the criminal investigative division of ICE, to build and maintain case management software that helps agents consolidate information about suspects.

Although HSI is separate from Enforcement and Removal Operations (ERO), federal disclosuresreveal that ERO also uses the system to gather information on foreign nationals in deportation cases.

Palantir was co-founded by Trump ally and venture capitalist Peter Thiel. The company also contracts with many local police departments and federal agencies.

On Thursday, 30 people noisily disrupted Amazon CTO Werner Vogels as he delivered a keynote address at the AWS Summit in New York, video from the event shows.

‘Amazon, how much longer will you have blood on your hands!’ one woman in the audience shouted, as Vogels gamely struggled through an announcement about a new service that summarizes metrics from containerized applications and microservices.

In total, Vogels was interrupted by protests about five times in the course of the keynote, according to one activist present. It is unclear whether any of the activists were Amazon employees.

According to the activists, more than 500 people also staged a protest outside the conference.

On Monday, protesters also descended on the New York office of Palantir.

Jumia On The Brink of Collapse?

Altran and Lenovo Demonstrate Orchestration of 5G gNB Solutions Based on...