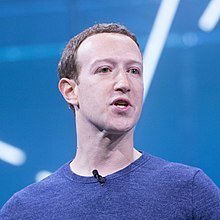 Facebook finds itself in the news again and as previously, it is not looking good.

The social media giant on Friday revealed that it had been breached by hackers.

The breach was one to worry about because they believe about 50 million user login details and credentials may have been stolen.

The breach was so severe that Facebook had to automatically logout 90 million users.

As to the true nature of the breach, user access tokens were compromised.

Access tokens are a generated code given to a user upon signing up and login in for the first time.

These tokens are very important because they play a part in a user’s ability to log back into their profile without having to sign in all over again.

The attackers were able to generate these access tokens thanks to the exploitation of a Facebook bug with regards to the ‘view as’ feature.

The ‘view as’ feature allows a user to view their page as another user would see their page.

The bug in question was the popping up of the tool for posting a birthday video appearing (which Facebook said should not be the case) which it seems also had a bug which allowed for exploitation hence access token generation by hackers.

Facebook has had a very rough year so far with many lawsuits thanks to the Cambridge Analytica saga.

This new occurrence has also come with its sleuth of lawsuits for Facebook.

With their stocks being continually affected by all these incidents and user trust plummeting, questions are being asked whether this is the beginning of the end for the social media giant?