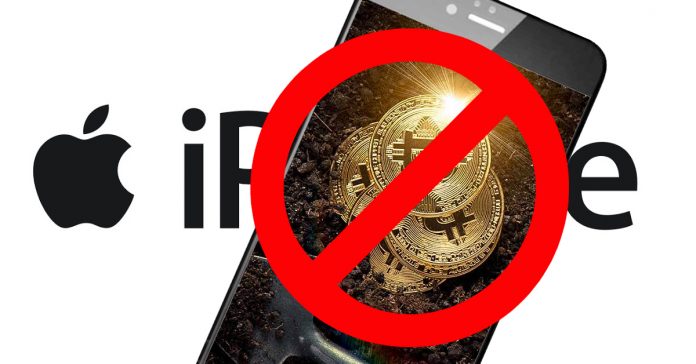 Apple, as part of the alterations made to its developer guidelines has banned the mining of cryptocurrencies on its device.

According Apple, it no longer permits people to mine cryptocurrencies on iPhones and iPads unless it happens off-device (in the cloud).

Apps which use part of the devices’ processing power to mine in the background are also not allowed.

Third-party advertisements that might use the devices’ computing power to mine cryptocurrency have been banned as well.

However, Crypto wallets and trading platforms will be allowed.

Section 2.4.2 of Apple’s guidelines specifies that apps should minimize their strain on the device’s battery.

Per the guidelines, it may no longer run “unrelated background processes, such as cryptocurrency mining.”

The guidelines also lay out specific rules for cryptocurrency mining that limit people to cloud-based mining, and prohibit ICOs from unestablished firms.

It also keep apps from rewarding people for completing tasks like downloading apps with a cryptocurrency incentive.

Apple is, admittedly, taking a strong decision that is likely to help a lot of people.