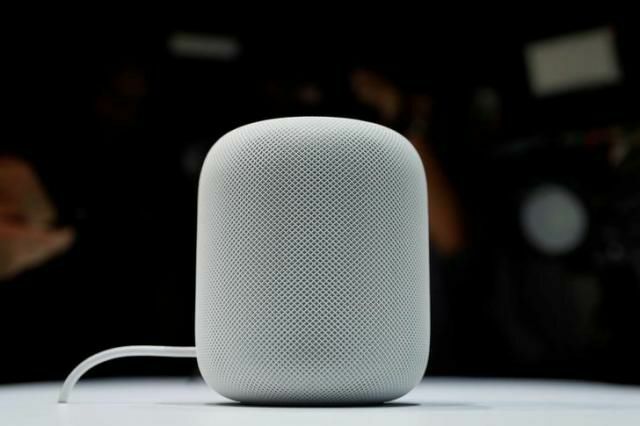 Apple Inc has introduced its HomePod smart speaker; a device that will use its Siri voice assistant and compete against offerings fromAmazon.com Inc and Alphabet Inc’s Google.

Apple said it will start taking online orders for its HomePod smart speaker on Friday in the United States, United Kingdom and Australia.

The $349 voice-controlled speaker, introduced in June which was, originally scheduled for a December release, can make music suggestions and adjust home temperatures.

The speaker also will be able to send messages and play news updates from National Public Radio and CNN.

Analysts have debated the impact of the shipping delay on the HomePod’s eventual success.

According to them, consumers bought a rival speaker over the holiday season and have no immediate need for Apple’s new product.

Amazon and Google cut prices on their entry-level speakers over the holiday season in an aggressive push for market share.

Apple is on the other hand, working to keep its Siri voice assistant relevant in the face of competition from Amazon’s Alexa and Alphabet’s Google Assistant, both of which are featured on smart speakers from those companies.

Apple also is counting on HomePod to boost subscriptions to Apple Music and block the rise of rival Spotify.