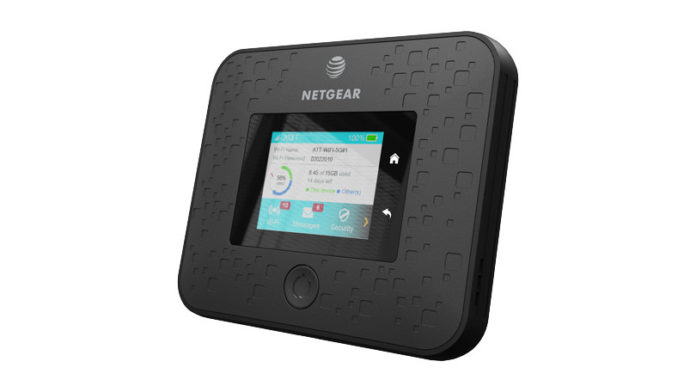 AT&T is displaying its new Netgear Nighthawk M5 Fusion hotspot, which will be the first consumer mobile 5G device in the world when it launches before the end of the year.

The new hotspot includes a Qualcomm X50 modem, which is also the first consumer 5G modem.

AT&T says it connected to the web with the Nighthawk in Waco, Texas, yesterday, emphasizing that moving ahead with its plans for being the first consumer mobile 5G network in the world.

While Verizon launched 5G services for home internet in October, they aren’t mobile, and they don’t yet adhere to the global 5G-NR standard.

Initially, AT&T’s millimeter-wave system was to only cover parts of those cities, probably the densest parts of town.

All four US carriers are launching 5G soon, although they’re all taking different approaches.

AT&T’s millimeter-wave network is likely to provide gigabit-plus speeds on the go, but with very limited initial coverage.

Verizon’s similar network is for fixed connections now, although the company will transition to an approach similar to AT&T’s early next year.

T-Mobile and Sprint are primarily using existing cellular frequencies for 5G, which have much better coverage but slower speeds.

Their plans are a little mixed up because the two companies are trying to merge, but they promise to launch in the first half of 2019.