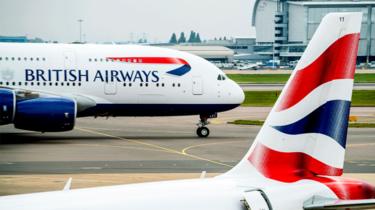 British Airways has issued an apology after the personal and financial details of customers making bookings were compromised.

The airline discovered on Wednesday that hackers had carried out a “very sophisticated, malicious criminal attack” on its website, between August 21 and September 5, BA Chairman and Chief Executive Alex Cruz said.

“We’re extremely sorry. I know that it is causing concern to some of our customers, particularly those customers that made transactions over BA.com and app.

“We discovered that something had happened but we didn’t know what it was [on Wednesday evening]. So overnight, teams were trying to figure out the extent of the attack,” he said.

About 380,000 transactions were compromised, the airline said, with hackers obtaining names, email addresses, and credit card information (credit card numbers, expiration date and the three digit CVV code on the back of the credit card).

He indicated that, the first thing they had to find out was if it was indeed something serious and who it affected or not.

After which they started communicating with their customers.

Compensation
Cruz said BA informed all customers affected by the breach on Thursday night; advising them to contact their credit card bank providers and to follow their instructions in dealing with the data breach.

“We are 100% committed to compensate them, period,” Cruz said.

“We are committed to working with any customer who may have been financially affected by this attack, and we will compensate them for any financial hardship that they may have suffered.”

Another attack
The latest attack comes barely two months after British Airways suffered IT issues that caused dozens of flights in and out of Heathrow Airport to be cancelled.

In June, over 2,000 BA passengers had their flights cancelled because the prices were too cheap.

And in May 2017, problems with BA’s IT systems led to the cancellation of all flights from Heathrow and Gatwick.