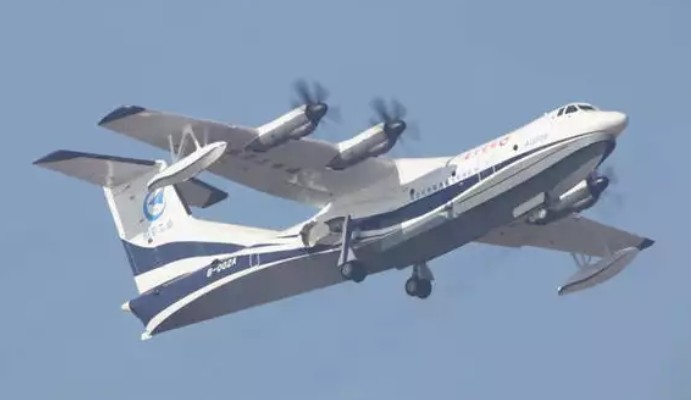 China is expecting to introduce it’s amphibious aircraft, which appears to be one of the world’s largest aircraft by 2020.

According to the state-owned manufacturer, Aviation Industry Corporation of China (AVIC), the aircraft (AG600) code-named Kunlong, will mainly be used for maritime rescue, fighting forest fires and marine monitoring .

The aircraft’s chief designer Huang Lingcai, said after its successful maiden flight in December last year, they have been planning a ferry flight from its research base in Zhuhai to Jingmen, central China’s Hubei Province, in July.

Afterwards, it will be prepared for its first take-off from water, scheduled for later this year.

It’s take-off from water will take place at a large reservoir in Jingmen.

With a range of up to 4,500 kilometres, it is designed to takeoff and land even in the 2-metres high waves.

Huang however revealed that they are endeavouring to get the airworthiness certification from the civil aviation authorities by 2021, and deliver it to the customers by 2022.