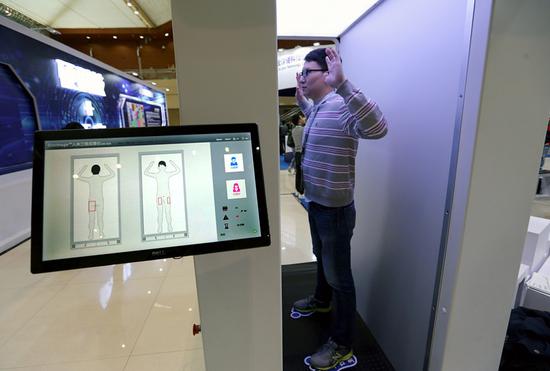 Civil Aviation Administration has revealed that airports in China, will be adopting a technology which will make it faster for people to pass through their security .

According to the administration, ‘With the help of a technology known as Millimeter Wave Image, the scanner can pinpoint hidden objects under clothing including its shape and size.

They noted that, the device has already been used in countries like Great Britain, United State, Netherlands, Japan and Australia.

The adminstration further indicated that it conducted a second test at airports in Qingdao and Nanjing, to examine the effectiveness of security inspections using the device.

After the test done, it was revealed that  that the device does not have negative effects the health of individuals.

It has an emission strength less than 1-thousand the electromagnetic radiation of a mobile phone.