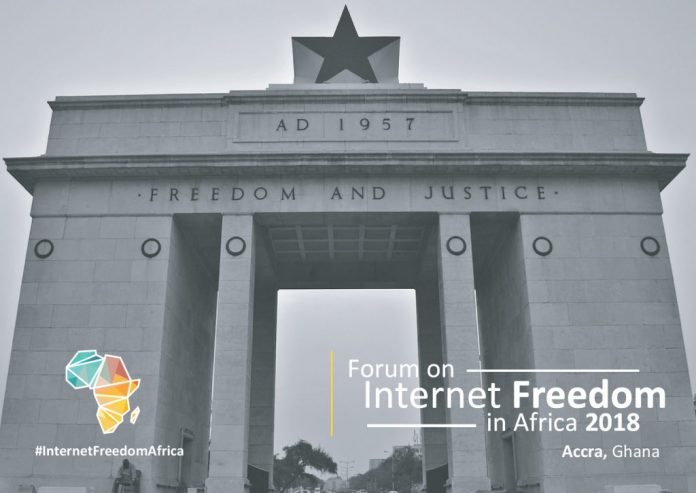 The Collaboration for International ICT Policy in East and Southern Africa (CIPESA) has pronounced Ghana the host country for the fifth edition of the Forum on Internet Freedom in Africa (FIFAfrica) this year.

The Forum will be held on September 26–28, 2018 in Accra, Ghana, in partnership with Media Foundation West Africa (MFWA).

This marks the first time the Forum will be held in West Africa.

Last year’s edition of FIFAfrica was hosted in Johannesburg, South Africa and the 2014, 2015 and 2016 editions in Uganda.

According to CIPESA, “the Forum is a landmark event that convenes various stakeholders from the internet governance and online rights arenas in Africa and beyond to deliberate on gaps, concerns and opportunities for advancing privacy, access to information, free expression, non-discrimination and the free flow of information online on the continent.”

FIFAfrica since its inception, has also served as a platform to mark the International Day for Universal Access to Information (IDUAI).

As engagements at the Forum aim to reflect the current trends and concerns in access and usage of the internet and related technologies on the continent, each year sees CIPESA launch themed research on the State of Internet Freedom in Africa.

Executive Director of the MFWA, Sulemana Braimah expressed delight in being able to co-host the Forum at a time when internet freedom is being challenged.

“There couldn’t have been a better time to host this event in West Africa as the region is currently witnessing significant developments and challenges in the internet environment,” he said.

“Online freedom of expression has come under attack in recent years in Africa. Over the past one year, countries such as Kenya, Uganda and Tanzania have passed laws to restrict internet freedom.

“There have also been network disruptions and shutdowns in about seven African countries over the same period. Besides, there have been increasing incidents of arrest and detentions of citizens, bloggers and journalists for their social media activities,” he added.