Penplusbytes’ July Tech Salon  which was held on July 4, 2018, raised question on the issues surrounding cyber security in Ghana.

The program, which was held at the New Media Hub, OSU, was themed “How Ghana Can Protect Herself Against Cyber Threats.”

It brought together individuals from various fields to share their opinion on how Ghana can identify these threats and prepare herself adequately to fight it.

During the discussion it was identified that cyber threats are threats that target internet users.

It aims to access, change or destroy sensitive information, extort money out of victims, as well as interrupt normal business processes.

However, in Ghana, banks and financial institutions are the most vulnerable to this attack.

Most atimes, cyber criminals hack into emails of these banks, get hold of correspondences and then instruct the banks to transact businesses on their behalf.

Aside that, individuals also face issues where they give money out to foreigners who claim to be in a relationship with them and later end up not hearing from them.

These identified threats does not only hurt the Ghanaian reputation but in the long run tends to cause a substantial damage to our infrastructure whiles having an enormous effect on our economy.

Individuals who believe cyber security is a social issue argue that it must first start from educating the end-user.

Users of internet-connected technologies must be taught to understand and adhere to basic data security principles.

Eventually, it was agreed upon that though cyber security did need the technological equipment, if the social aspect was not addressed, it would all be for naught.

One participant at the event also pointed out that before any progress could be made in cyber security in the country, the right agencies and authorities needed to collaborate.

Thus, the police force must have the ability to respond to cyber threats; and the law, though present, needs to be more thoroughly enforced.

He further stated that individuals in society need to achieve a state of mind where social engineering like ‘Win a free Toyota car’ can be recognised as a threat; he advised individuals to be suspicious about such promotions.

He also mentioned that cyber security organizations should look into the background of individuals- if they belonged to a professional body- before employing them.

According to him, by belonging to a professional body, employees will comply with a code of ethics and can be held responsible for their actions. 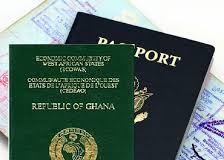