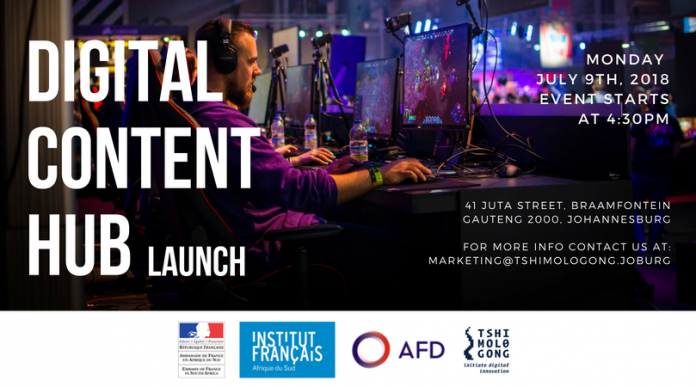 The Hub will be under the management of Tshimologong in collaboration with French Multimedia and Creative Firms.

It will introduce a two year skills development program which would focus on animation and games in order to develop digital economy’s skills.

The hub which started as a result of a partnership between the French Institute of South Africa’s Digital Lap Africa Initiative and Tshimologong, is aimed at helping startups in Africa.

French ambassador, Mr.Christophe Farnaud, will be present during the launch and AFD will sign a three year grant worth R14.5- million (€950 000).

Tshimologong will however, use the grant in expanding its activities in order to introduce audiovisual contents such as video games, animations, augmented reality and virtual realities.

The director of the AFD, Martha Stein-Sochas, revealed that the investment is part of the commitment of the agency to help the creative and cultural sectors.

As the creative and cultural industries are growing the economy by creating jobs.

She indicated that, the initiative goes hand in hand with south Africa’s goal of creating inclusive and sustainable growth within and across South Africa.

According to the CEO of Tshimologong Precinct, Lesley William, the partnership will create a market for startups as well as offer investment opportunities to the digital content ventures.

MORE JOB OPPORTUNITIES TO BE CREATED IN TECHNOLOGY