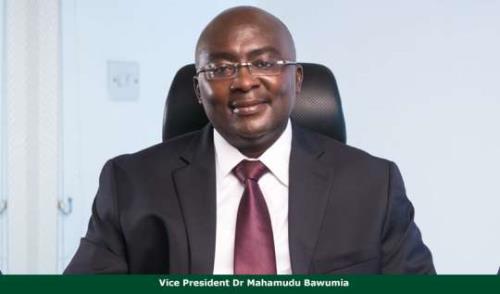 Vice President Dr Mahamudu Bawumia has contributed to the heated debate on the use of drones to distribute blood and other essential medicines to hard-to-reach communities across the country, saying that the technology is a national priority that will save many lives.

The Vice President recounted a personal experience on September 22, 2002 at the Tamale Hospital where his father underwent a surgery and needed blood urgently to survive, but could not find blood immediately and died eventually.

“It haunted me and still haunts me and so if you have a technology that can help a dying mother or someone dying of snake bite brings the medicine, I think it’s something that is so important and we should grab and make use of.

“It is not a political issue because everybody who is dying will not ask whether you’re NDC or NPP, ” Dr Bawumia stated.

Vice President Bawumia made the remarks when he addressed key stakeholders in the Mobile Telecom Industry at a breakfast meeting in Accra.

He advocated the need for the nation to embrace technology as it would improve upon the living standards of the people, saying if Rwanda is using drones for distribution of blood and other essential drugs and sees it as a priority then it’s also a priority to Ghana.

The event, held under the auspices of the Vice President and the Chamber of Telecommunications, was themed: “Leveraging Effective Use and Distribution of Spectrum in Ghana for National Development”.