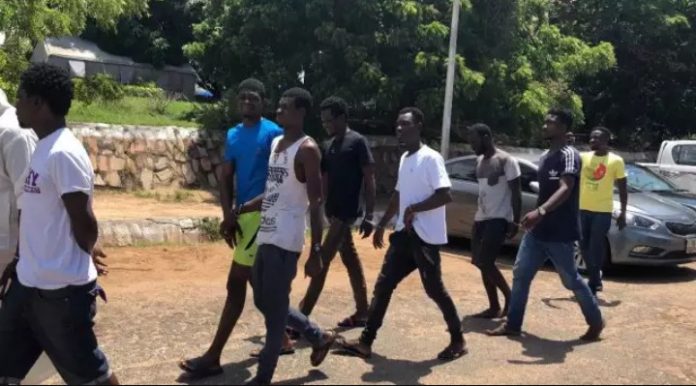 15 suspected drug dealers at Tema Community 1 &9 have been grabbed by the Tema Regional Police Command today, May 23, 2018.

The arrest follows intelligence gathered from footages of the drones which were launched by the Command on May 16, 2018 in a two-hour operation.

According to DSP Ntelabi, some items seized include, two and half sacks, 2 slabs, 1 basin, half drum and 2 boxes of dried leaves all suspected to be Indian hemp.

Others are 2 bottles of local gin suspected to be laced with Indian hemp, five pairs of scissors used in cutting the rolling paper, three packs of rolling paper.

Electronic home appliances, 4 gas Cylinders, 4 Shovels, 2 laptops and assorted mobile phones which were suspected to be stolen items, were also confiscated by the police.

Briefing the press at the Regional Headquarters, the Regional Commander, DCOP Nana Asomah Hinneh said the Command will continue using drones in such intelligence-led operations.

He said the Command, will continue to carry out such operations on regular basis.

He therefore, called on the public to volunteer timely information to help police combat such criminal activities in the metropolis.

However, the suspects are currently in custody, undergoing screening and investigations.

According to the police, those found culpable will be charged with the various offenses committed
and arraigned before court.

Meanwhile, the suspected dried leaves have been forwarded to the crime forensic laboratory for examination. 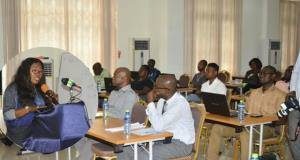