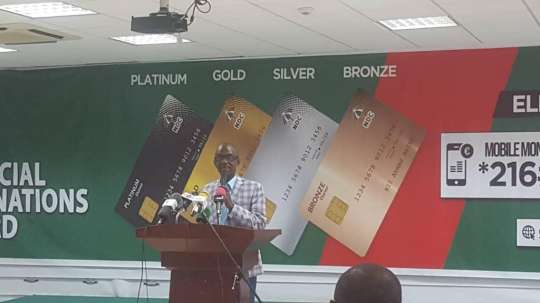 The National Democratic Congress (NDC) of Ghana has officially launched an e-payment platform to facilitate fundraising and the payments of dues in the party.

Mr Johnson Asiedu Nketia, the General Secretary of the NDC, speaking at the launch said the initiative would be an efficient way of collecting dues and donations from Party members.

According to him, computerising funds will provide transparency and make Party leaders accountable.

This, he said is a journey towards making the party collectively owned by all, as the payment if dues gives members the right to participate in decision making.

He explained that if Party members allowed a few well to do people to be responsible for the funding of the Party, they would want their voice heard, loudest.

Mr Kwame Peprah, the Chairman of the Finance Committee of the NDC said about 60 per cent of the conflicts within the party could be related to financial decisions.

He therefore noted that the initiative would help address such challenges, as the system would not only show what had been received, but who had paid what; and also the various branches and constituencies the person belongs to.

The new electronic platform, also comes with an application interface dubbed: “NDC GHANA”, a website, www.ghanandc.com and a short code, *216# or *714*24#.

Much-anticipated Huawei Nova 7i with Outstanding Performance is Now Available in...