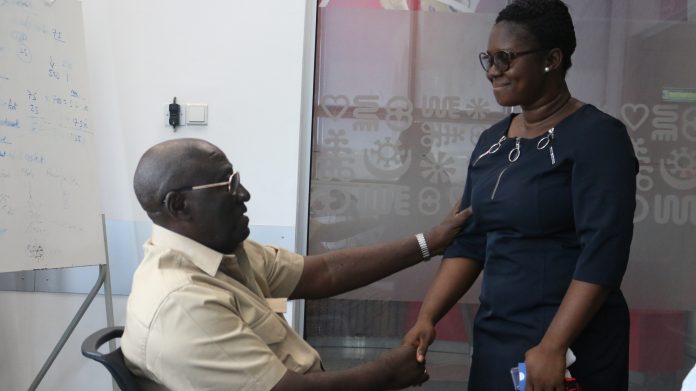 Mr. Andrew Kufuor, the cousin of Ex-President John Agyekum Kufuor has expressed his profound gratitude to a Vodafone staff for saving his life.

According to him, Eunice Ampomah-Manu, a staff of the SME Enterprise team, had called him sometime last week, on a routine customer check-up.

Whilst on the call, he suffered an attack and as a result was breathless.

Mr Kufuor then told Eunice, he was dying and this according to him, left her panicking but Eunice managed to keep her composure.

In a flurry of activity, including keeping Mr. Kufuor on the line for about ten minutes, she managed to extract the digits of his wife’s number and called her.

In a matter of minutes, Mr. Kufuor’s wife rushed home and managed to get her husband to a nearby clinic to receive medical attention.

This service of hers according to him saved his life, without which he could have passed on.

“I was helpless. Her call came in good time and I really want to thank her for what she did. She saved my life. Without that, I perhaps wouldn’t be here today”, he said.

“It is not mere rhetoric; it is a way of life for us and the value system of our business.

According to her, Vodafone cares for its customers and will never renege on it.

Huawei Builds its Own Operating System Ahead of U. S. Ban