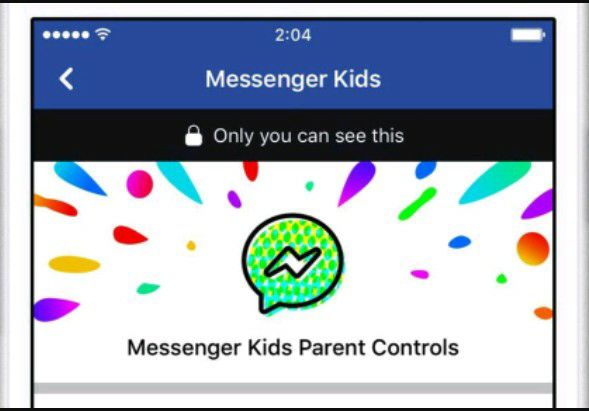 Child experts are of the view that the app might be detrimental for children under 13 years.

But Facebook on the other hand is off the view that the app aims at offering proper parental control to encourage responsible communication.

According to Facebook, it created Messenger Kids App after consulting with experts from a number of fields including child development, online safety, and children’s media and technology.

And as such made sure it is kid-friendly; prevents kids from sharing any nudity, violence, sexual content, or any other type of inappropriate content.

Despite Facebook’s reassurances that Messenger Kids simply wants to give kids a safe space to communicate online, child experts have asked them to shut it down.

However, a Non-profit organization Campaign for a Commercial-Free Childhood leading the fight against Messenger Kids, has sent a letter to Mark Zuckerberg arguing that launching an app specifically targeted at preschoolers is irresponsible.

According to them, per their research they have gathered that, the usage of social media and digital devices by children has negative impacts on them.

The letter stated that, Younger children are simply not ready to have social media accounts.

With explanations that, they are not old enough to navigate the complexities of online relationships, which often lead to misunderstandings and conflicts even among more mature users.

Software AG Announces Its Five Predictions for IoT in 2019