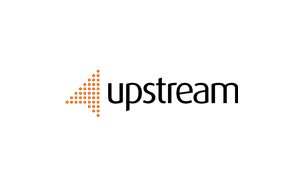 Today, despite Facebook’s global dominance, it only claims to have introduced the internet to “more than 100 million users”. Facebook’s free internet access initiatives in emerging markets ran aground due to regulatory issues, and in India the service was withdrawn following protests and government intervention. However, UK-based Upstream has tackled the problem of the global digital divide directly at source – the user’s handset.

The company’s Zero-D platform works in partnership with mobile network operators to allow users free internet access within an advertising-funded service. Within the service, users receive free, unlimited access to a search engine, a localized and global news service, and a messaging platform.

Importantly, Zero-D allows consumers to continue to access the internet service even if they have zero-credit balance on the pre-paid mobile phone accounts that dominate in the emerging markets.

Running out of data on their service package and not being ready, or able, to top-up means that the two billion internet users in emerging markets are usually disconnected for some 50 per cent of the time. Zero-D tackles that problem directly.

Upstream CEO Guy Krief said, “In much of the developing world, the mobile phone represents the only means of connecting to the internet. However, in countries like the Democratic Republic of Congo, an everyday activity that we take for granted – such as reading the news online – would typically cost around 30 per cent of a weekly household income. That’s simply not sustainable.”

The benefit to mobile operators is that they are able to generate advertising revenue when they would otherwise receive no income from customers who would not or could not purchase their next top-up.

“Zero-D is a mission for us, as much as it is a business,” said Krief.  “If there’s a secret to our success, it is that we intentionally designed the service so that everyone benefits, while providing something positive to the world. Keeping more than 200 million mobile users connected is very significant for us,” he added.

“It is proof that our approach is working, and it means we are already making a tangible everyday difference to a huge number of people’s lives.”

100 Railway Smart Coaches to be Rolled Out