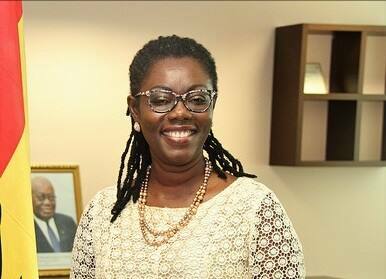 Ghana’s National Communications Authority (NCA) is expected to issue a second 4G spectrum in June this year, according to the country’s communications minister Ursula Owusu Ekuful.

The Minister said the license would be issued via auction, which places pressure on Ghana’s second largest operator Vodafone to secure the license after MTN secured the first one available.

In December 2015 MTN paid US$67.5 million for a 15-year 4G/LTE license in 800 MHz spectrum band, outbidding four other contenders.

In 2016, Vodafone, currently with 22% share of the market, said it would not bid for the 4G license citing the high cost and low uptake of 4G-enabled devices.

“When we look at the percentage of people with 4G-enabled phones it’s still around one percent of the Ghanaian population,” said Vodafone Ghana CEO, Yolanda Zoleka Cuba. “Do we need 4G spectrum? Absolutely. But can we afford it? Unfortunately, not at this time,” she added.

Later in the year, it was reported that Vodafone was in talks to use the 4G services of Surfline, a locally owned communication company that once had a 4G monopoly in Ghana after it acquired its 4G license for US$6 million in 2014.

Vodafone then lobbied for a reduction in the price of the 4G license. This was rejected by the government with Minister Ekuful claiming the US$67.5 million price tag was reasonable, recommending consolidation instead.

Officials said details pertaining to the second license, including cost and the bidding process, will be communicated in due course.

Gayheart Mensah, Director of External Affairs at Vodafone Ghana, maintained that the company will apply in June only if the price tag is reduced.

Ghana’s Economy to be Formalized through Digitisation