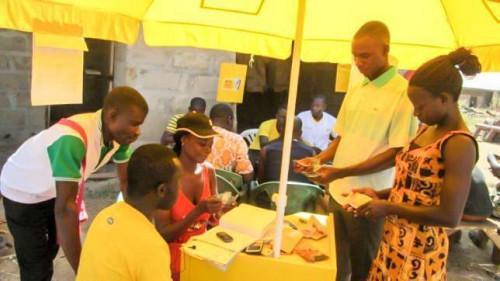 CEO of Ghana Telecoms Chamber, Ken Ashigbey has indicated that his outfit has partnered the Central Bank to develop a policy guideline to help regulate Mobile Money transactions.

This is as a result of the increased attack on mobile money vendors with one losing his life recently.

He mentioned that they have been engaging various other stakeholders to develop a policy guideline which will look into the establishment of mobile money centres in the country.

According to him, agents have been given a lot of education on how to protect themselves and not risk their lives and property.

“Following the meeting with the police, we also had a meeting with the Bank of Ghana (BoG) where all the stakeholders were brought together to look at the issue of security of the operators,” he said.

According to him, there have been plans to introduce insurance for the vendors to prevent them from losing their money when they are attacked.

He mentioned that, the issue is not limited to the mobile money vendors but a general security issue that everyone must be concerned about.

“The vendors choose not to report some of the incidents because they do not get the needed assistance from the security services.

“We constantly advise our members to take some personal security measures so they protect themselves and their money,” she said.

According to her, the advice is helping some of the members who are adhering to the advice like closing enough before it gets dark.