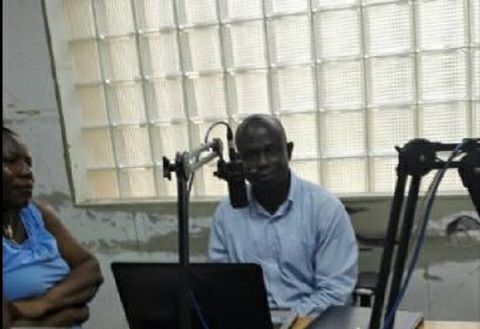 Computer scientist, Mr. Kyekyeku Opoku-Pong has invented a computer application that enables users to type in the local languages.

This new computer application is to help boost the typing of the eleven languages officially taught in schools on computers.

It also aims at making the teaching and studying of Information Communication Technology in the local languages easier.

According to Mr Opoku-Pong, the products known as the “Ghanakey” comes in two formats.

It comes in the keyboard format connected to laptops and computers and the app format which is available on Android Playstore and as such can be downloaded on smartphones, laptops and other ICT devices.

He also explained that, he has developed some samples of the keyboard format and has introduced them to key stakeholders for adoption.

According to him, the initiative if embraced could help Ghana develop in the ICT sector.

“If Ghana was to develop in ICT, I think this keyboard initiative is a necessity and we hope government would embrace this initiative to boost the use of ICT in our local languages,” he said.

Mr Opoku-Pong, also mentioned that he has gotten in touch with the Ministry of Education (MOE) for adoption of the computers in schools.

According to him, the ministry has requested for a proposal detailing their terms and conditions.

He revealed that some banks, have also expressed interest in their products and are willing to sponsor in producing more of the keyboard formats.

He emphasized that for the nation to reap the full benefits of the ICT revolution, it should localize and indigenize ICT training to ensure that no one is excluded or left behind.

DVLA to Roll Out its Electronic Registration Next Month