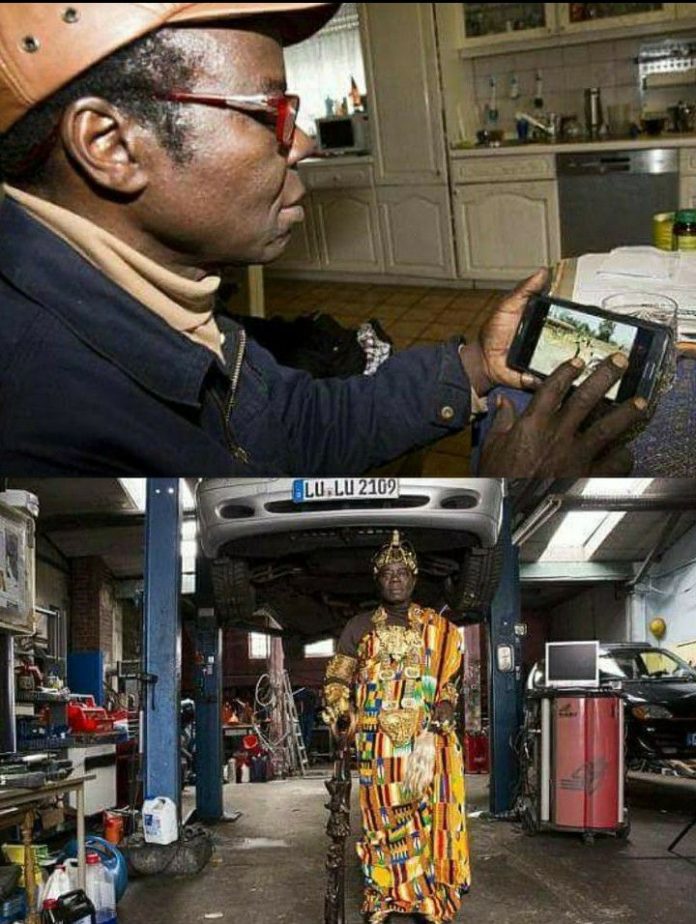 Ghanaian Ewe King, Togbe Ngoryifia Cephas Kosi Bansah, who rules over 300,000 people in Ghana has built a jail for women in Germany.

The King who seems to be making full use of technology says, he works as a full-time mechanic in Germany and governs his people in Ghana over Skype.

Togbe Céphas says, he grew up in Ghana but moved to Germany in 1970 before he was appointed king.

According to him, he originally moved to Germany when his grandfather, the then king, encouraged him to train there as a mechanic.

After finishing his studies and gaining full citizenship, he settled and set up his own garage in Ludwigshafen.

He continued living a peaceful life until 1987 when he received a Fax which stated that his grandfather, the King of Hohoe, had died.

But his father and eldest brother who were deemed unfit to rule because they were left-handed, which is considered as “unclean” by Ewes left him with no choice than to rule his people via Skype.

According to him, although he uses Skype to govern his people, he still visits Ghana eight times per year.

The 69-year-old monarch, who has lived in Ludwigshafen since 1970, said the town has no jail for women only, hence his decision to build one for the town.

“Male and female detainees of all ages were held there and the women were subjected to sexual assault by the men,” he said.

The building he says, has three cells containing bunk beds with the cells having tiled walls as well as a shower and toilet features.

He added that women and underage suspects will be held at that jail to help reduce the assault rate.