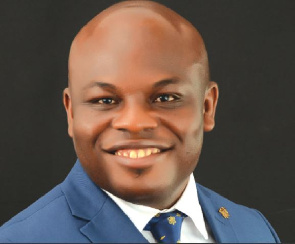 The development of the functional Mobile App and a Database was funded by the ECOWAS Commission and the European Union for timely reportage as for migration stories.

Mr Ayiku in an interview with the Ghana News Agency said the App which was launched recently was to support journalists that found it difficult to report from the field of migration due to lack of functional mobile application to facilitate reporting.

Mr Ayiku said: “The MigStories App would erode the challenge journalists are confronted with as they report on migration.”

The key features of the App include; text writing function, camera function for photos, video and audio recording, and a database of migration stories.

He said it was developed under the Project: “Media Training and Public Sensitisation on ECOWAS and Migrants’ Rights,” and that it was being implemented in the country by Media Response with technical support from International Organisation for Migration (IOM).

Mr Ayiku said the MigStories App goes beyond being used by journalists to file stories and access to data of migration stories, but also provides a platform for government officials to know the extent of the mobility of migrants and ensure their linkages to services.

“It also gives unlimited access to up-to-date migration data, while migrants will also have easy access to counter-trafficking hotlines and it can be accessed at www.ghanamigrationstories.org,” he said.

The App is available for download at Google PlayStore and App Store.