President of the Kumasi chapter of the Actors Guild Bill Asamoah has said that the local movie industry, should be abreast with new technologies to help improve the quality of their movies in the country.

He mentioned that, although Ghanaian movies were the taste of many now the industry is experiencing its own troubles which threatens its survival.

He however said many have attributed the problems in the industry to power crises, piracy and the likes, but complacency is the major cause.

In an interview with Showbiz, the actor said, players of the industry, have become too comfortable.

According to him, despite the fact that they came to the realization that VCDs were phasing out many were relaxed.

“We thought the people who were buying the VCDs were okay little did we know that the trend had changed. Now it’s about cinemas and selling movies online and we hope and pray that we will be able to adapt to new technologies,” he added.

He stated that players in the local music industry are still discussing ways to the deal with the problems as he called on stakeholders who have brilliant ideas as to how to save the situation to come on board.

“Some of us are suggesting pen drives on which we will encrypt the movies so that people don’t copy them unnecessarily.We could also get people to come to the cinemas to watch our local movies,” he said.

He mentioned that they are hoping to find better means to deal with the situation so that their movies will to appeal to everyone. 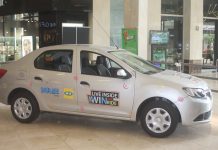 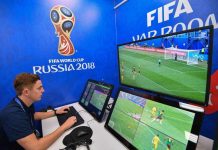