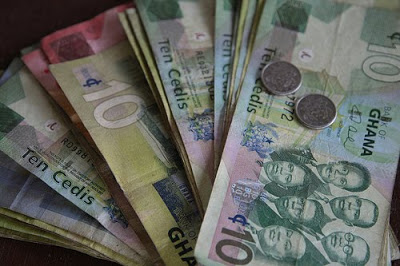 The Ghana Interbank Payment and Settlement Systems Limited (GhIPSS) witnessed an increase in the value of transactions from GH¢174 billion in 2016 to GH¢208 billion in 2017, signifying an impressive 19% growth and another significant step towards the country’s goal of achieving a cashless society.

The gh-link platform also recorded a value of transaction of GH¢ 600 million, while the GIP platform recorded GH¢83 million.

GhIPSS, sharing its 2017 performance with the media, also indicated that the volumes of transactions increased from 20 million in 2016 to 25 million representing a growth of 20%.

This is good news for the country as it appears more people keep switching to electronic payments with each passing day.

It would also bring efficiency to fiscal operations of the government, deepen financial intermediation, as well as promote financial inclusion without risking the safety and soundness of the banking system.

E-ZWICH
The e-zwich platform recorded the highest increase with a growth of 45% and 56% in value and volume respectively, with international remittances received by the e-zwich recording the highest growth.

Although enrolment figures in 2017 declined by two per cent, a total of 491,121 new enrolments occurred, thus bringing the number of e-zwich cardholders to 2.3 million.

Payments via e-zwich by government agencies and ministries, as well as foreign donors and some private institutions, remained the key driver of growth for e-zwich transactions.

The volume of payment distribution systems (PDS) in 2017 was 2.9 million, representing an increase of 37% over the same period in 2016.

GH-LINK
In 2017, gh-link transaction recorded an increase of 35% in total value as it increased from GH¢447 million to GH¢603 million.

While ATM withdrawals are the main drivers of gh-link transactions, POS transactions recorded the highest growth in 2017 as they increased from GH¢168,610 to GH¢ 281,330.

GIP PLATFORM
The GhIPSS Instant Pay (GIP) platform at the end of 2017 had processed a total of 41,795 transactions and the value of these transactions amounted to GH¢83 million.

The growth of GIP transactions was fuelled by the adoption of the product by third party payment gateways and international remittance companies.

OUTLOOK FOR 2018
Outlining its objectives for 2018, GhIPPS noted that it intended to promote its GIP platform and implement its electronic bill payment which seeks to provide a platform that will allow billers, such as utility service providers receive payments from customers instantly through the GIP service.

GhIPSS also envisage partnering the mobile network operators (MNOs) to promote functionalities of the mobile money interoperability service, promote e-zwich as a financial instrument and promote bulk payments.
It is also on their agenda to partner third party payment companies and promote domestic card transactions through the gh-link EMV card.

Car Parts to Be Manufactured in Ghana-AGI