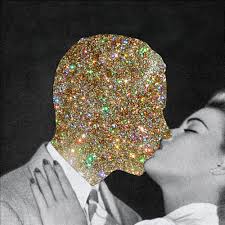 Last weekend I had an odd encounter with some rando. Something he said in our conversation stuck to me. He was telling me about his girlfriend who wanted to leave him and he kept calling her ungrateful because, he put her on an airplane for the first time in her life. I asked where they went and he said takoradi. The way it pained me for the girl!
First of all, it was very lame of him to think that by offering her a particular lifestyle, he could buy her loyalty and I made that clear to him. I know he’s but one of many men who think along the same lines. So rather than bash the men, I want to talk to my sisters.
Since gold digging is generally considered negative, I’m going to attempt giving it a positive spin and hopefully it can help us change a few mentalities out there. First, take a sheet and list 10 things that make you happy. Look at the list and ask yourself if you can do any of the things you listed by yourself and still be happy. If your answer is yes, you’ve solved half of your problem. If your answer is no, you’ll need a little boost. The idea here, is to get more women to be happy and content within themselves before coupling up with anyone. You can’t pour out of an empty cup so treat yourself the way you want to be treated.
Last year, I came up with the mantra that I’ll rather be known as a gold digger than as a doormat. It’s a joke I play with my finance manger at work when he says I like money too much. The point of that catch phrase is simple. Men shy away from girls they consider gold diggers when they can’t afford them(correct me if I’m wrong). They only use the term gold digger negatively to make her feel bad for the fact that they cannot afford her lifestyle. And we all know how I feel about men and their egos.
Personally, I have a tall ass list of things that make me happy. All of which I can do alone but my amazing friends sometimes accompany me and make it merrier. If you’re a working woman who is not investing in yourself and your happiness and you’re waiting for a man to do it for you, you’re part of the problem. I know of girls who can very well afford a lot of things but will only do them when a man is paying. I honestly have nothing against men paying for stuff. I’ve told my male friends who come complaining that girls these days like money that; realistically, you need money in every relationship. If you’re gonna go on dates and do stuff together, you need money to be able to afford most of those things. If you’re dating with the intention of being married, you’ll need money to run a home so chuck that bullshit gold digger campaign in the bush. I digress.
The point I came here to make today, is that more people need to secure their bags and take better care of themselves, women especially. My deepest pride lies in my independence and I’ll hate for someone to say in a snide way that “she wouldn’t have that if it weren’t for me”. We need to watch the people we allow help us. You can’t do everything by yourself and God sends you helpers along the way but watch who you allow help you. The next minute they’ll be calling you ungrateful for little shit they’ve done for you. I’ve noticed that a lot of Ghanaians enjoy people depending on them just so they feel powerful. I think we need an attitude of equity. I’ll be happier going on a vacation with someone and having them pay their way than me paying for them. Simply because it empowers them to know that they did it for themselves and it makes them confident enough to have more fun and let loose.
So my dear sisters, whether you’re married or not, don’t forget you come first always. Date yourself always and make yourself happy always. Happiness is golden so be a gold digger. The only people who appreciate a doormat are people with dirty feet. Take yourself to the movies, travel solo, read a book, take yourself to a fancy restaurant and feast, explore new and interesting things, pick a hobby you love, love yourself.
#thecharmingrogue 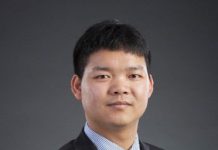