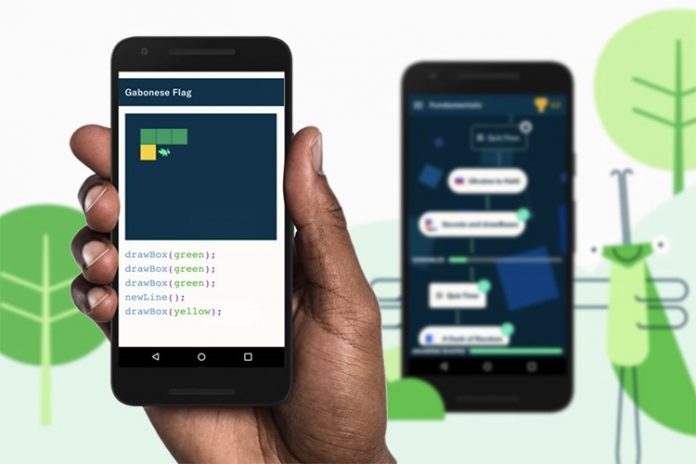 Google has unveiled a new app called ‘Grasshopper’ that teaches coding for free, starting from the fundamentals of programming.

The App uses animations and graphic designs to walk the user through simple challenges while teaching the basics like functions, variables, and objects.

The free mobile app is available for both Android and iOS.

Based on it’s simplicity, anyone with a smartphone can participate by following the challenges step by step.

According to Laura Holmes, the founder of Grasshopper, the app is a series of challenges which get difficult step by step as the skills of the user enhances.

She stated that, “Each coding puzzle has the student writing real JavaScript code using a custom built code editing environment.

“The student is given a challenge, and the user has to solve it using the code, but it only takes a few taps to write out.

” Each time the student runs code, they’re given real-time feedback to help guide them towards solving the challenge.”

She said feedback from many students indicate that the app has made many positive changes as it’s tailored to the student’s current state.

The Grasshopper App does not only teach but also rewards the user for the achievements.

Some of the rewards include medals and prizes like coins.

Laura indicated that the curriculum of the app will continue to grow with time as it is providing a chance for users to try their hand at programming.

She said, the launch of Grasshopper is to change the perception of people who think coding isn’t for them or don’t have the access and time needed to consider it as a viable career path.

According to her coding is becoming an essential skill, and her team as a result want to make it possible for everyone to learn even when life gets busy.