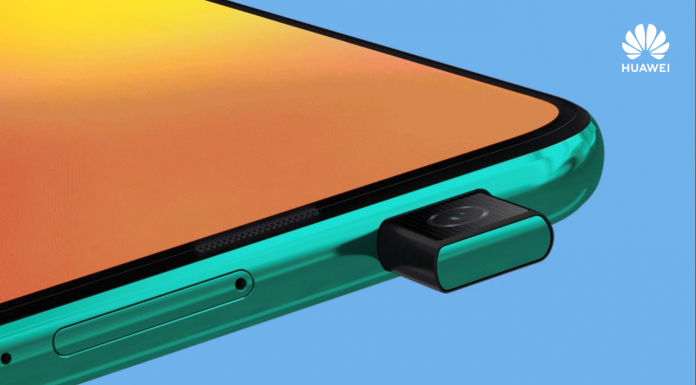 For the first time in Ghana, Huawei Technologies will introduce a visionary pop-up camera for the Huawei Y9 Prime 2019 before the end of May, 2019. A major contributor to the Y9 Prime 2019’s enormous display is the new Auto pop-up camera.

Huawei engineers took inspiration from the floating roof design seen in certain cars, most famously, the Mini Cooper. A crucial difference is that, while a car’s floating roof is designed to give the appearance that the roof is disconnected from the body, the Y9 Prime 2019’s pop-up camera conveys the opposite effect, that it is effortlessly integrated into the phone body.

Because there is no notch, the other components typically found in the notch, such as the light sensors and receiver, need a new home as well. The receiver earpiece has been moved to the top of the central frame, and the ambient light sensor is located at the bottom of the screen. The new layout has been meticulously designed to minimize interruption and maximize the phone’s visual splendor.

The Y9 Prime 2019 engineers have worked painstakingly to ensure that the integrity of the phone will not be affected in any way. Additionally, the camera motor will not be subjected to undue tear and wear or mechanical malfunction.

Components have been selected and tested with the utmost care. The pop-up camera is built to raise and retract 100,000 times. In other words, even if you start the front camera 100 times each day, it will still last at least 2.7 years, beyond the average lifespan of a smartphone. When the camera is out, it can withstand up to 12kg of soft pressing force on the front of the phone, and still remain intact and properly functioning.

The Stark’s pop-up of the camera is designed with an intelligent protective feature that detects free falls and automatically retracts the lens as much as possible. So, if you phone falls, your camera will be largely protected and direct impact minimized.

The first Pop-Up Camera in Ghana, Huawei Y9 Prime 2019 is expected to launch in May 2019 with amazing gifts for those who pre-order.