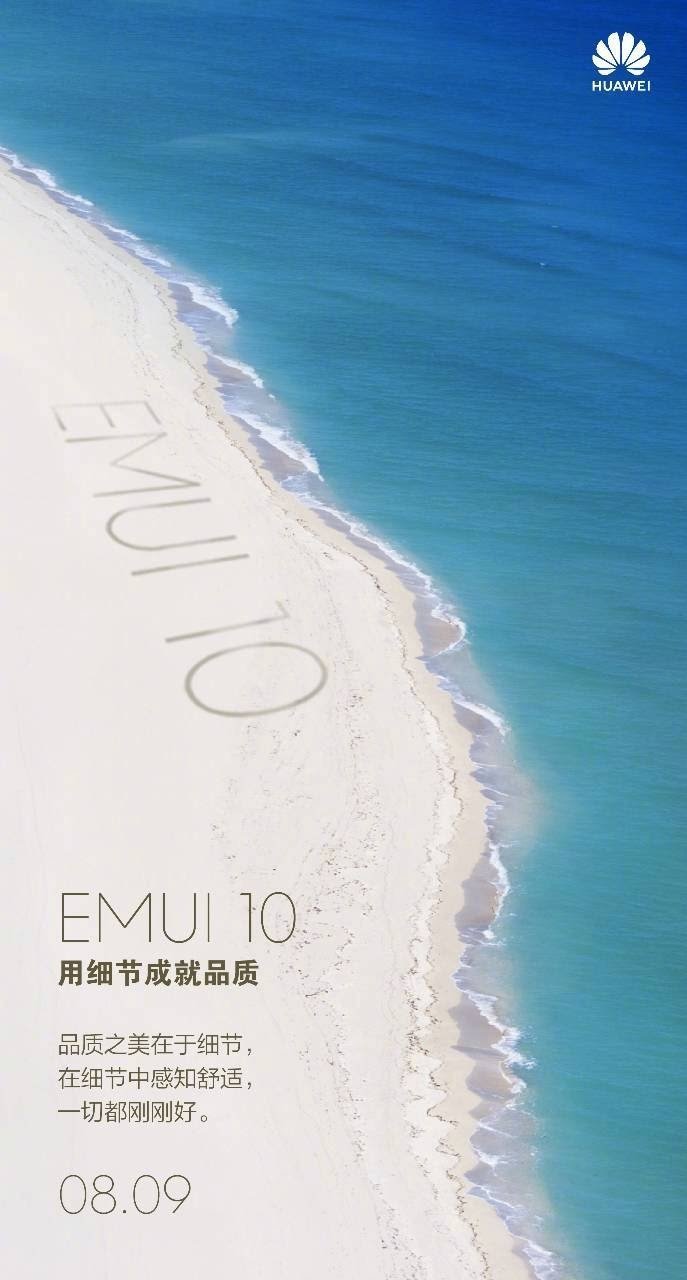 Huawei has announced the unveiling of its EMUI 10 this week, on August 9 and August 10, 2019 at the Huawei Developers Conference.

According to the company, the system will arrive on the first day of the conference which is August 9th.‌‌

The Huawei EMUI 10 will break the terminal boundary and allow a seamless flow between devices.

Some devices expected to have the EMUI 10 are likely to be the upcoming Mate 30 and Mate 30 Pro. Although the details of the EMUI 10 are not yet known, an examination of promotional material used for EMUI 10 suggests there will be user interface (UI) alterations, a new gallery feature, new themes and wallpapers, new fonts, and changes to video, game, and system animation.

At present, the exact details of EMUI 10 are very few. However, the EMUI 10 is based on Android 10 deep customization. Considering that the official version of Android 10 has not been released, EMUI 10 may take a while to launch. This system will come with technologies such as GPU Turbo, EROFS super file system, and Ark compiler.

Dolby Vision on Xbox One: Amazing Visuals to Enhance Your Viewing...