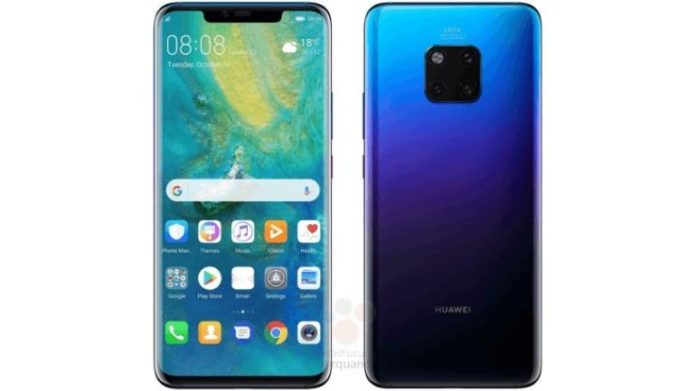 October has been a very busy month when it comes to the smartphone industry.

Several companies have released their new devices and a few of these companies are Google with its Pixel 3 and Pixel 3XL, Razer with its brand new gaming phone the Razer 2, Samsung with the four camera Galaxy A9 and many others.

Well today it is the turn of Chinese giant; Huawei.

The devices have had some renders all over the internet and showcase an amazing display (6.3 inches) with a tear drop shaped notch which will marginally increase the screen to body ration of the device.

Even more importantly, the device is set to be the first Huawei device to house the proprietary 7 nanometer chip set created by Huawei; the Kirin 980 processor.

The device is said to also have a 3D face scanning feature similar to Apple’s FaceID but with the disappearance of the fingerprint scanner on the Mate 20 Pro variant.

Instead the device will have an in display finger print sensor.

It will also feature wireless charging, Bone ID, wireless projection to transform the device into a computer in tandem with a mouse and keyboard as well as a screen and finally a proprietary nanoSD memory card slot.

The true scope of this device’s capabilities will be revealed today so let’s wait and see what Huawei is going to shake the industry with.

Huawei to Launch Visionary Pop-up Camera for Y9 Prime 2019 this...