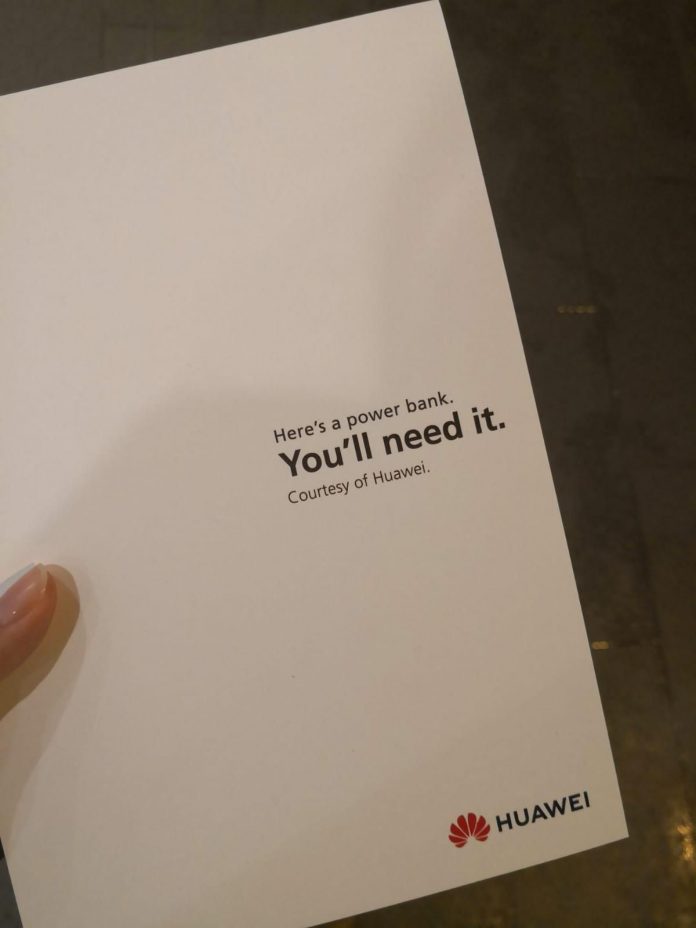 Huawei; Apple’s new destabilizer (they shifted Apple from number 2 position to claim that rank as the 2nd largest phone seller in June this year) went on an interesting errand last night reports show.

The company went on a charitable venture of handing out free 10,000mAH powerbanks to Apple customers who were camping outside Apple stores in hopes of purchasing the latest device at about 11pm in Singapore.

Company representatives said that the friendly gesture was done to “offer respite from the weather and grueling wait”.

The powerbanks had the inscription “Here’s a power bank. You’ll need it. Courtesy of Huawei”, written on them.

This action comes after Huawei had released a series of  interesting tweets some days ago.

One of the tweets hinted at the long lasting battery of the Huawei P20 Pro.

While another seemed to point out how Apple’s new devices had kept things the same.

Huawei has been making great progress in the smartphone industry and come October 16th this year, they are set to release a brand new device; the Huawei Mate 20.

There has however been some backlash for this ‘random act of kindness’ undertaken by Huawei.

Many Huawei customers took to social media to show their displeasure at the company giving away these powerbanks that have a retail value of about $72 to Apple consumers and not Huawei consumers.

MORE JOB OPPORTUNITIES TO BE CREATED IN TECHNOLOGY