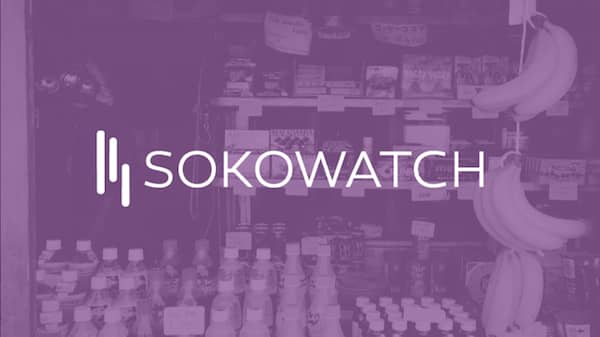 By digitising orders, delivery and payments, the B2B e-commerce platform is able to connect Africa’s informal retail stores directly to local and multinational suppliers like Unilever and Proctor and Gamble.

Sokowatch aims to reduce costs and increase profit margins through this process.

“With both manufacturers and the small shops, we’re becoming the connective layer between them, where previously you had multiple layers of middle-men from distributors, sub-distributors, to wholesalers,” Sokowatch founder and CEO Daniel Yu told news site TechCrunch.

“The cost of sourcing goods right now…we estimate we’re cutting that cost by about 20 percent [for] these shopkeepers,” he said.

Yu also observed a lack of reliable figures on the number of small shops on the continent, but cited a 2016 KPMG study which set fast moving consumer goods spending in Nigeria alone at $41 billion annually; a portion of which move through the continent’s vast network of roadside markets, shops, and stands.

“There are millions of informal stores across Africa’s cities selling hundreds of billions worth of consumer goods every year,” said Yu.

“Ordering on SMS or Android gets you free delivery of products to your store, on average, in about two hours,” said Yu.

Sokowatch generates revenues by earning “a margin on the goods that we’re selling to shopkeepers,” said Yu. Suppliers benefit from “aggregating demand…and getting bulk deals on the products that we distribute.”

The startup, according to Yu and company data, has delivered 100,000 orders to customers for “a few thousands shops.”

Sokowatch currently operates only in Kenya and Tanzania. With the $2 million investment, Yu plans to “expand to new markets in East Africa, as well as pilot additional value add services to the shops.”

The Co-Founder and Managing Partner at 4DX Ventures, Peter Orth will join Sokowatch’s board of directors.

“If you are …selling into this market you have no clue who ultimately ends up with your product, even two layers down. That’s a big challenge,” he said.