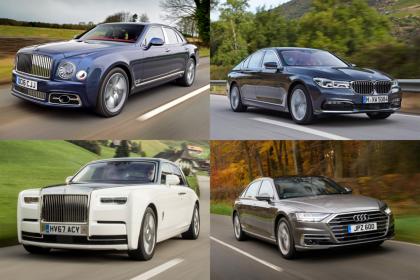 The Government of Ghana is set to introduce a luxury car tax on all vehicles with an engine capacity of 3.0 litres and above.

Ghana’s Finance Minister, Ken Ofori-Atta revealed this during the presentation of the mid-year budget review.

According to him, the new levy for luxury cars will be paid on first registration and during annual renewals.

However, he assured that commercial vehicles will not be included in the levy.

Presenting the mid-year budget review to parliament on Thursday, 19 July, Mr Ofori-Atta told the house that: “On the under-performance for the first five months of 2018, we will end the year with an estimated deficit of 4.9% of GDP compared to the programmed target of 4.5%, resulting in a fiscal gap of GHS870 million, unless we immediately implement some fiscal measures; intensive tax compliance measures, New revenue measures, Intensive Conversion of NHIL (2.5%) to a straight levy, Conversion of GETFund VAT rate of 2.5% to a straight levy, Imposition of luxury vehicle tax of GHS1,000 – GHS2,000 on non-commercial vehicles with capacity of 3.0 litres and above, review of PIT to include an additional band of GHS10,000 and above per month at a rate of 35% and downward adjustment discretionary expenditures.”

Mr Ofori-Atta also said categorically that there will not be any increase in Value Added Tax (VAT) as widely speculated by some media houses that the government intended increasing VAT from 17.5% to 21.5%.