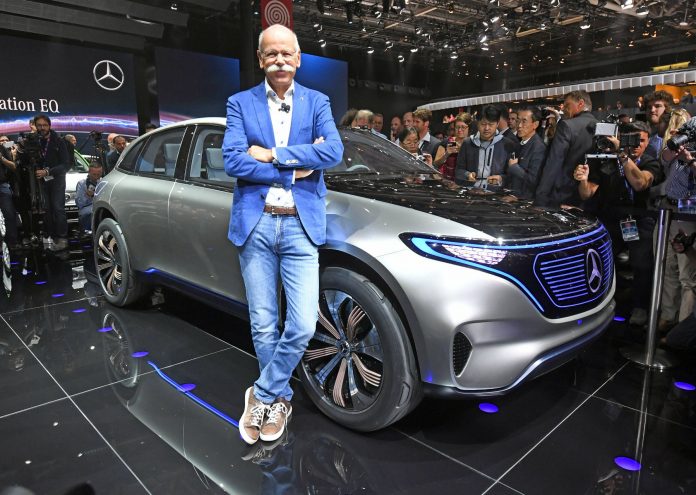 Mercedes-Benz arguably the world’s largest maker of luxury cars has finally put on its gloves and jumped into the foray for a piece of the electric luxury car market.

Unveiling their latest luxury car; the Mercedes-Benz EQC in Stockholm, Sweden finally declared its stance in joining the future of cars which is said to be more electric.

CEO of Daimler AG (parent company of Mercedes-Benz) Dieter Zetsche upon introducing the EQC stated that the company was going all in when it comes to the electric car market.

According to him, the company is currently budgeting a minimum of 10 billion euros ($12 billion), a figure that he said was still on the rise.

The company plans to release the EQC to the market early next year and promised an S-class level of luxury.

Having tested the EQC in various harsh conditions that would push the limits of any electric car.

The company also assures its customers that the Mercedes-Benz EQC is truly a Mercedes-Benz and that they have been pouring over a century of their knowledge into building the car.

Looking to expand their range of cars, CEO Dieter Zetsche also revealed that the company was working on other electric models which they plan to release soon.

The EQC is rumored to have an 80kwh battery, giving it a range of 279miles (ideally but this is very subject to driving style) per charge.

The car is also said to have 402hp and 564 lb-ft of torque thanks to the two electric motors found on both axles providing differential outputs f power.

It would seem that Tesla really needs to watch its back because there is a new heavy hitter in the electric field.

A company with a lot more heritage and I daresay funds that Tesla has.

However we cannot deny the dominance of Tesla in this field especially with its very impressive statistics concerning the Tesla Model X.

Do you think Mercedes-Benz could become an electric giant? What about the other players in the field besides Tesla (Jaguar, Porshce, Toyota)?

Who will win this battle in the coming years? I really don’t know, but what I know for sure is that it will be an electrifying spectacle.