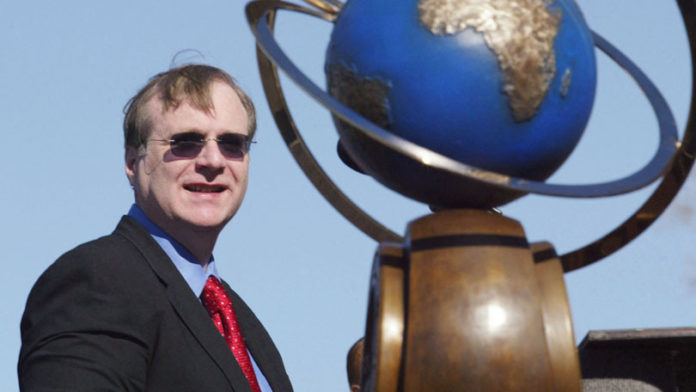 Allen passed away Monday afternoon, according to his company, Vulcan.

The news comes just weeks after Allen revealed that his Non-Hodgkin’s lymphoma had returned after successful treatment in 2009.

In a statement, Allen’s sister, Jody Allen said: “My brother was a remarkable individual on every level. While most knew Paul Allen as a technologist and philanthropist, for us he was a much-loved brother and uncle, and an exceptional friend.”

Allen is best known for co-founding Microsoft with Bill Gates in 1975 after they both decided to drop out of Harvard.

Allen suggested the name for the company, which would go on to become one the world’s biggest tech giants.

In a statement, Microsoft’s CEO Satya Nadella said Allen “created magical products, experiences, and institutions, and in doing so, he changed the world.”

Allen resigned from Microsoft back in 1983 after he was diagnosed with Hodgkin’s disease.

By then, he was also growing tired of Gates, who he believed was trying to dilute his stake in Microsoft.

Nevertheless, Allen’s shares in the company would make him one of the world’s richest men; his estimated worth was at $20 billion.

According to Vulcan, which manages his assets, Allen spent $2 billion of his personal fortunate on philanthropy.

Outside of his involvement in Microsoft, Allen is also known as the owner of the Seattle Seahawks and the Portland Trail Blazers.

Vulcan said there are no imminent changes for the company.

“We will continue to work on furthering Paul’s mission and the projects he entrusted to us,” it added.

“Millions of people were touched by his generosity, his persistence in pursuit of a better world, and his drive to accomplish as much as he could with the time and resources at his disposal,”