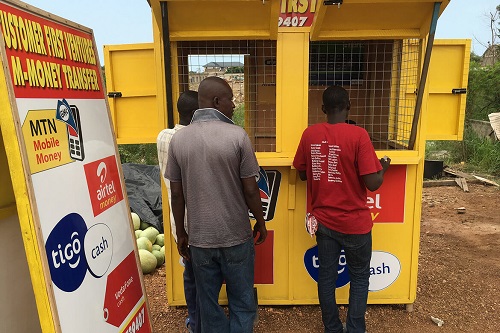 Once again, a group of armed robbers have had their way after attacking a mobile money vendor at Asylum Down near Prime News office.

The incident which happened yesterday, August 20, has left many people questioning the role the police is playing in protecting vulnerable vendors.

An eyewitness, Michael Klugey speaking on Oman FM, indicated that the robbery occurred around 8pm while the man was preparing to close for the day.

According to him, the unknown gunmen attacked the vendor and in the process of struggling to take his money from him, shot him in the chest.

He said the two men who were on a motorbike fled after shooting and taking away the vendor’s sales.

“The place is not dark and after the incident, four guys took him to Iran Clinic but the clinic could not help so a taxi driver took him” to a different hospital but he died,  he explained.

The man who transacted his business opposite the Iran Clinic, has been running the business for some time now.