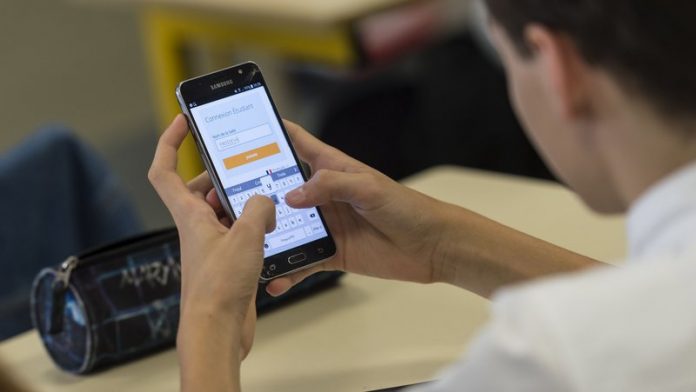 A nationwide ban on mobile phones sweeps through schools in France following a new law by the government.

The new rule which was brought in under a law passed in July, forbids students from using their mobile phones in school.

The rule took effect on Monday as schools reopened after summer break and also banishes tablets and smart watches for primary and junior schools.

For high school students aged 15 to 18, a partial or total ban on electronic devices can be introduced; it is however, not obligatory.

Education Minister Jean-Michel Blanquer hailed the legislation as “a law for the 21st century” that would improve discipline among France’s 12 million pupils.

“Being open to technologies of the future doesn’t mean we have to accept all their uses,” he said in June, as the bill was going through parliament.

The French government hopes the law will help stop students being distracted by their phones during class.

Supporters of the law also hope the new rule will encourage school children to be more physically active during lunchtime and help tackle cyber bullying.

Critics of the new law however question how it will be enforced.

Although the government has left schools to decide how to implement the new rules; recommending that they store students’ phones in lockers during the day, some schools don’t have them.