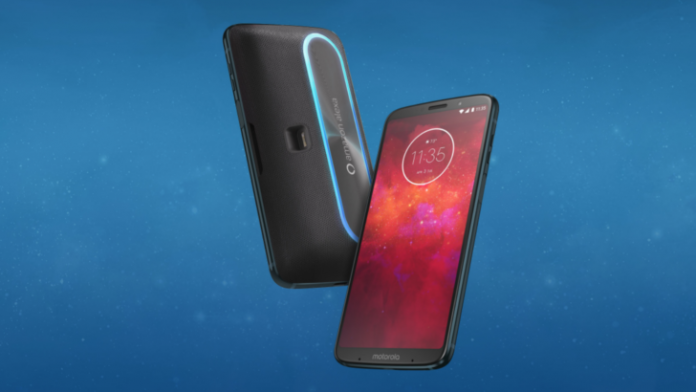 Motorola has been in business since 1928 and still continues releasing quality products year after year.

It may not be the giant it once was but Motorola is still in the game and their newest release is sure to turn heads.

The Z3 Play is the latest in the modular smartphones Motorola has been championing before Project Ara’s demise.

Battery life is estimated to be a day and internal storage is 32GB (upgradable with a MicroSD card).

It offers incredible versatility in the form of the Moto Mods – a set of modular additions to the phone have been created for the Motorola Z line.

The mods use magnets to attach themselves to the Z3, allowing it to function as a boombox, a projector, a super-zoom camera, and more.

For a limited time, users will acquire a free Alexa smart speaker mod when you buy a Moto Z3 Play.

The deal is available at any retailer that carries the phone – Amazon, Target, and Best Buy, among others – but the Z3 Play comes bundled with an additional battery mod when purchased direct from Motorola’s website.

A phone and two battery-extending add-ons for $500 is quite a bargain.

The promotion is for phones purchased between August 19 and September 15, and has to be redeemed by October 15.

AirtelTigo Dines with Customers Ahead of End-of-Year Festivities