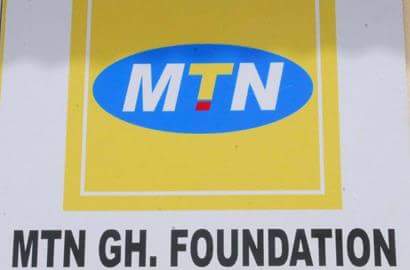 The MTN Ghana Foundation has received over 1,000 entries for Season IV of the MTN Heroes of Change, which has been screened and pruned to 100 by a panel of judges.

A statement issued by Georgina Asare Fiagbenu, Senior Manager of Corporate Communications, said the 100 shortlisted would be further reduced to 30 and finally 10 to compete in the finale.

“Verification of the projects and nominees have just been completed,” it said.

The statement said the work of the 10 finalists would be filmed and broadcasted as part of a 13-week TV series.

It said at the end of the 13-week TV series, an awards event would be organised during which the ultimate winners would be honoured.

The statement said selected winners for the categories of Health, Education and Economic Empowerment would be recognised with cash prize of GH¢30,000 each and a plaque and the grand award takes GH¢100,000.

Season IV of MTN Heroes of Change will also see the addition of special categories, which will reward two personalities for their contribution to society through their social projects and charitable causes.

It said the special categories were targeting media and entertainment personalities.

“The winners in this category will each also receive special awards, which will be invested in any Corporate Social Responsibility project of their choice,” the statement said.

The criteria for selection of projects are based on the following: the nominee for Education should be engaged in an education project aimed at improving literacy and enabling members of the community to become agents of social change whilst the nominee for Health is required to be devoted to awareness creation and advocacy for the eradication of any identifiable health issue.

On Economic Empowerment, the nominee is required to be engaged in a project aimed at building the capacity of members of a community in order for them to become economically self-sufficient whilst enhancing their livelihoods.

The MTN Heroes of Change was first launched in July, 2013 with the aim of identifying and recognising selfless people who continue to sacrifice their time and resources to improve their communities and brighten lives.

There have been three ultimate winners since the project was initiated.

12 Girls Awarded For Exceptional Performance In The 2018 International Girls...