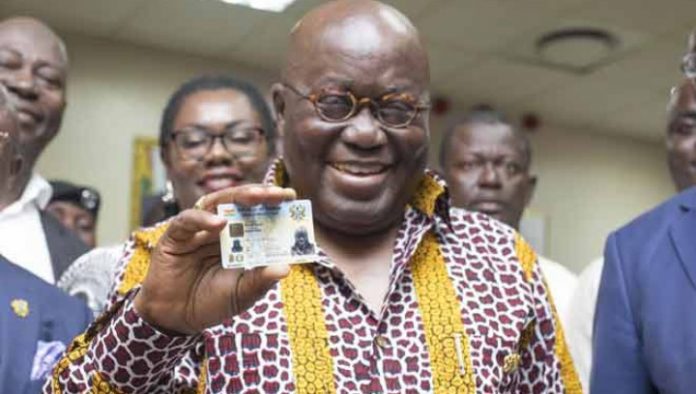 Professor Ken Agyemang Attafuah, the Executive Secretary of the National Identification Authority has disclosed that the nationwide registration of the Ghanacard is set to take off on May 28, 2018.

According to him, the registration will be starting from the Greater Accra region and  the NIA expects to register all Ghanaian citizens in Ghana within one year.

“Approximately six months after the commencement of the national exercise in Ghana, we will also commence the registration of Ghanaians in the diaspora,” he said in a radio interview with Accra based Citi FM today.

He added that, they will be in Greater Accra region for approximately three months.

This, he said will be dependent on the speed with which the registration goes.

“It is estimated that when Bernard Avle gets to a registration centre, he will not spend more than 30 minutes and walk away with a card,” he said.

According to him, their expectation is that the job will be done very professionally and meticulously.

He however indicated that, from Greater Accra, the registration team will move to Volta Region.

Prof Attafuah said apart from Greater Accra which the team will spend three months, they will spend two months in Ashanti and all other regions spend one month each.