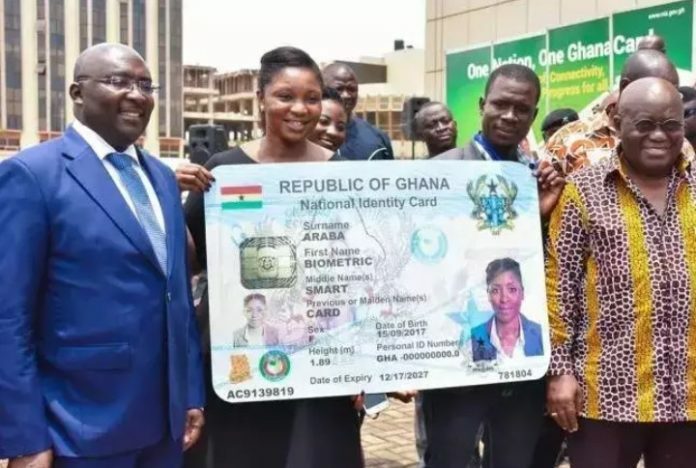 The exercise which began yesterday at Adenta in Accra will be continued at other areas in Accra and the Volta, Northern, Upper East, Upper West, Brong Ahafo, Western, Ashanti, Eastern, Western and Central regions respectively.

According to the NIA, the exercise will span two months in the Ashanti Region and one month in the other regions.

Speaking on the delay, the Director of Public Affairs at the NIA, Francis Palmdeti, indicated that the mass registration delayed due to insufficient Commissioners of Oath.

He indicated that the judicial service is currently recruiting extra commissioners for the NIA.

“…As of last week they had finished conducting interviews for those commissioners and are training them, after the training they should be ready to be deployed to assist us in the registration.”

“That is why we haven’t started with the mass registration. But we have the equipment and the personnel.

“Once this commissioner for oath element is addressed, come November, 2018 we will start registration of the general public, and we will start at Adentan,” the NIA Public Affairs Director added.

The exercise, according to the authority will be conducted at the various polling stations of the Electoral Commission.

However, some selected institutions and state agencies like the Parliament of Ghana, the Presidency and the Judiciary Service have been registered and issued with the card.

So far over 80,000 cards have been issues within the last four months, to workers of the state institutions.