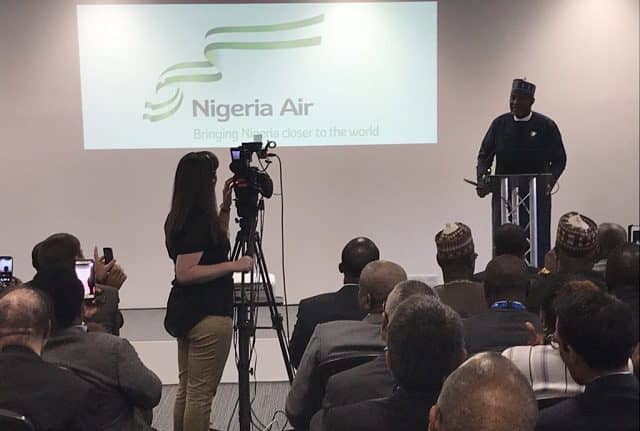 Nigeria’s Minister of State for Aviation on Wednesday, revealed plans for a new national airline at the end of the year, at the Farnborough International Airshow in the U.K.

“I’m very pleased to tell you that we are finally on track to launching a new national flag carrier for our country: Nigeria Air,” Sirika said at the event.

Nigeria Airways, the country’s original national airline, operated for 45 years until it collapsed in 2003.

Its successor, Air Nigeria was founded as a joint venture with Sir Richard Branson’s Virgin Group, run from 2005 to 2012.

In spite of the many setbacks Nigeria’s government has faced in its many attempts to create a new national carrier, Sirika assured the audience at Farnborough and Nigerians that the Nigeria Air would be much sturdier and efficient.

“I am confident that we will have a well-run national flag carrier, a global player, compliant to international safety standards, one which has the customer at its heart.

“An airline that communicates the essence of our beautiful country, an airline we can all be proud of,” Sirika said at the unveiling.

There has however been scepticism as to whether the Nigerian government will be able to maintain a national airline, especially considering its track record with previous national carriers.

“The Nigerian Government will not own more than 5% (maximum) of the new National Carrier.

The government will not be involved in running it or deciding who runs it,” Sirika said at the press conference in Farnborough.

“It is a business, not a social service. Government will not be involved in running it or deciding who runs it. The investors will have full responsibility for this.”