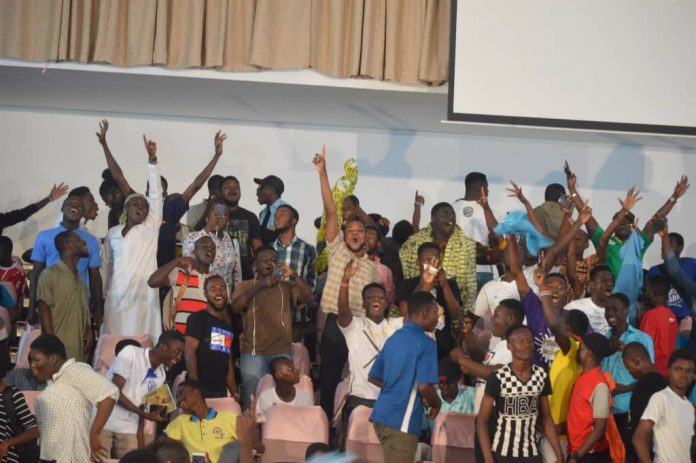 St. Peter’s SHS had an early lead and made their school proud in today’s one-eighth contests of the National Science and Maths Quiz.

The last contest of the day had St. Thomas Aquinas SHS go against Anglican SHS, Kumasi and Sekondi College.

Though Anglican SHS, Kumasi lead the first round, by the end of the fourth round, St. Thomas Aquinas SHS lead with 41 points to their 36.

The fifth and final round was very tense with St. Thomas Aquinas and Anglican SHS neck and neck.

St. Thomas Aquinas SHS however won this contest with 44 points; Anglican SHS, Kumasi losing by just a point and Sekondi College with 26 points.