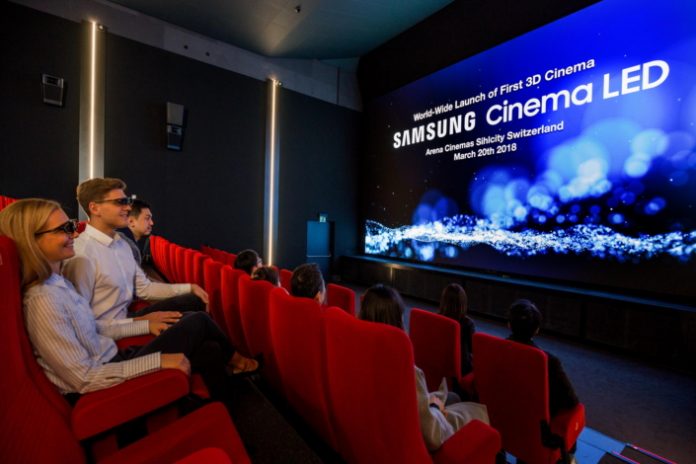 With today’s introduction of the world’s first 3D Cinema LED screen at Arena Cinemas’ Sihlcity theater in Switzerland, Samsung Electronics continues its efforts to make traditional, projection-based cinema technology a thing of the past.

“Samsung is thrilled to be able to debut the world’s first 3D Cinema LED screen in Switzerland,” said Seog-gi Kim, Executive Vice President of Visual Display Business at Samsung Electronics. “We hope that more movie-goers can experience the Cinema LED screen firsthand as we look to partner with more theaters around the world.”

“Zurich is one of Europe’s burgeoning hubs for the film industry, and an optimal location to introduce a pioneering technology like the Cinema LED screen to the region,” said Eduard Stöckli, owner of Arena Cinemas. “The display’s streamlined design also allows our Sihlcity theater to remove its projector closet, making room for additional seats and allowing us to deliver a more complete, comfortable and innovative setting for our guests.”