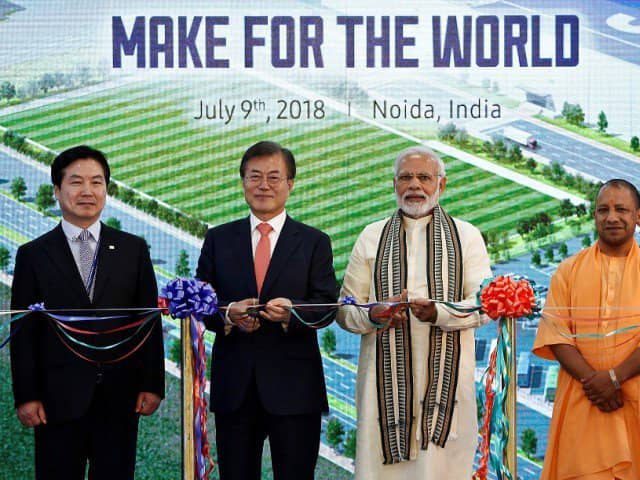 The plant, which is situated in Noida, is part of the tech group’s efforts to expand production in one of the world’s fastest growing major mobile phone market.

Jointly inaugurated by India’s Prime Minister Narendra Modi and South Korean President Moon Jae-In, the factory will allow Samsung to manufacture a range of smartphones from the company’s low-end devices to its flagship Samsung Galaxy S9 handset at a low cost due to its scale.

This will also help it to more effectively compete with rivals such as China’s Xiaomi; helping Samsung to make a comeback in the Indian market after Xiaomi became India’s biggest smartphone brand by shipments earlier this year.

“This 50 billion-rupee investment will not only strengthen Samsung’s business ties in India, it will also play a key role in India-Korea relations,” Modi said in a speech at the inauguration of the plant.

The new factory was made possible through the state government’s Mega Plan under which Samsung announced that it would spend 49.2 billion rupees ($716.57million) over 3 years to expand capacity at the Noida plant.

After the phased expansion plan is complete, the factory will help Samsung gradually increase its current annual production capacity for mobile phones in India from 67 million to 120 million units, the company said in a statement.

It is also expected to provide at least 1,000 more local jobs.

The event also saw Samsung kickoff its ‘Make for the World’ initiative through which it aims to export India-made handsets to overseas markets.

This allows Samsung to reduce the logistics cost of exports to several Asian and European countries.