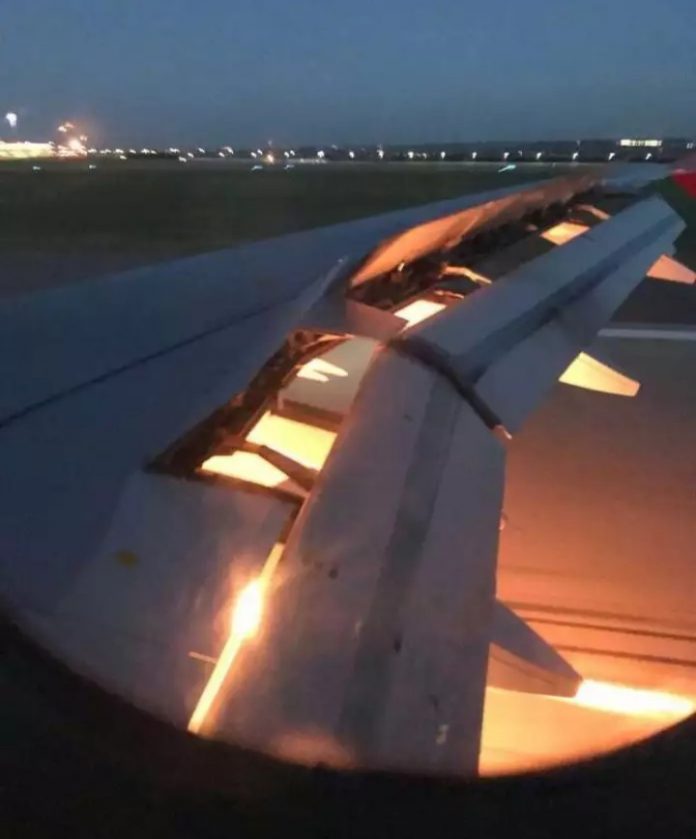 Flames were seen oozing out of the engine of the Russian Airlines’ Airbus as it was on its way for its next match.

The cause of the fire was linked to “a minor technical malfunction in an engine”.

However, reports from the Saudi Football Federation indicated that all those on the plane are safe.

“The Saudi Football Federation wishes to reassure everyone about the safety of all members of the mission of the national team after a minor technical malfunction in an engine.

“The plane landed a few minutes ago at Rostov on Don Airport, and UNOMIG personnel are now safely heading to their residence,” it read.

Saudi Arabia are to play Uruguay in their next match on Thursday.

They were scored 5-0 in the opening match of the tournament.