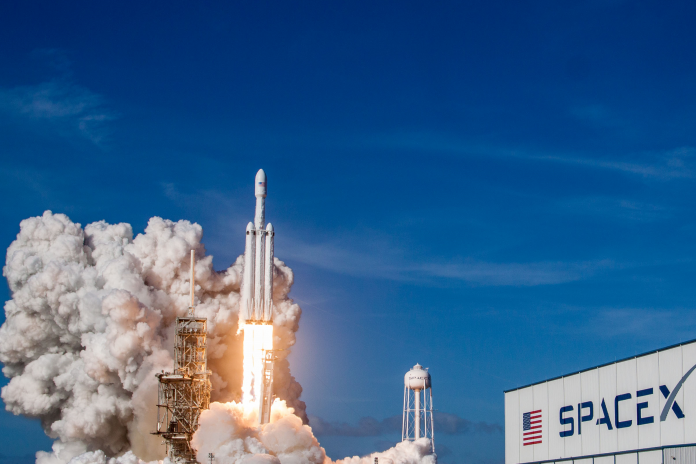 SpaceX has set February 6 as the target for its Falcon Heavy launch.

The first ever test flight of the new, high-capacity rocket that the company is building to allow it to send nearly three times as much payload per mission into orbit.

According to SpaceX CEO Elon Musk, there will be plenty of viewing opportunities for the public from the nearby causeway.

He said this in a tweet on Saturday, January 27.

The launch he said, will take place from launchpad 39A at Kennedy Space Center, which SpaceX has refurbished and modified for its big rocket.

The centre previously played host to the Apollo and Space Shuttle programs for NASA.

The February 6 date was rumored late this past week, and SpaceX had previously said they were aiming to have the launch take place roughly a week after their successful static test fire of the rocket, which took place on January 24.

SpaceX’s first Falcon Heavy flight will be about testing it in real-world flight.

The company has done a lot of preparation and simulation, but no one knows how the rocket is going to behave in the air until it actually launches.

Musk previously suggested that it could end with the rocket exploding post-launch and pre-orbit.

According to Musk, the cargo on board for this mission is a cherry red original model Tesla Roadster.

He mentioned that, if things go very well, it will be put into a long looping Mars orbit.

Which will be a nod to everything Musk’s ventures have accomplished so far, and also what they hope to achieve in the future.